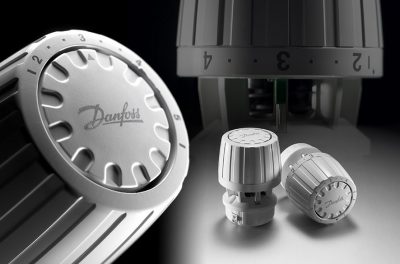 A new report from the European Building Automation Controls Association (eu.bac) shows that energy costs for millions of households across the EU (including the UK) could be reduced significantly by upgrading heating systems with basic thermostatic radiator valves (TRV). Heating controls manufacturer, Danfoss, believes the new report provides compelling evidence for installing TRVs as an upgrade for existing heating systems as well as in new build properties.

Eu.bac prepared a detailed country-by-country analysis based on data from the European Environment Agency on energy use and heating costs in EU homes. The study estimates that about 500 million uncontrolled valves are still mounted on radiators in homes across the EU, wasting energy and money year after year.

An uncontrolled radiator valve runs non-stop, even when the room has become warm. A TRV can be set to heat a room to the required setting. Once the room temperature reaches that setting, the valve turns the radiator off. When the room temperature drops again, the TRV turns the radiator back on. “Fitting this kind of thermostatic radiator control means homes can be kept comfortably – and affordably – warm,” explains Gareth Ash, Marketing and Technical Manager at Danfoss.

The study concludes that EU citizens would save a staggering €12 billion annually and reduce CO2 emissions by about 24 million tonnes if all of the 500 million radiators with uncontrolled valves in the EU were upgraded with TRVs. The estimate is based on an average energy saving of 18 % when installing a TRV, a conservative figure that could turn out to be significantly higher.

The eu.bac study found that the typical cost of installing TRVs would be paid pack in energy savings in just two years. “And if you compare this to the 20 year minimum lifetime of a high quality Danfoss TRV, for example, the potential savings once installed are huge,” claims Gareth Ash.

Summing up, he says: ” Easy to install, TRVs are a cost-effective way to achieve better control of your home heating and energy costs. Given the proven benefits, and since the purchase price of these high efficiency valves can be similar to uncontrolled valves, it seems obvious that every radiator should be fitted with a TRV.”