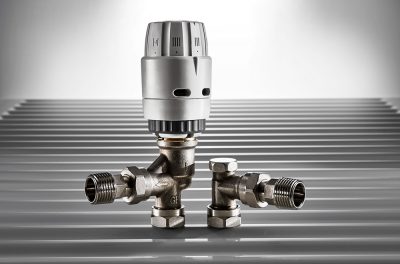 With energy prices rising dramatically it’s more important than ever to increase the efficiency of our homes. Gareth Ash, Marketing Communications Manager at Danfoss, looks at how installers can help their customers reduce their heating bills by fitting modern heating controls.

According to Uswitch.com, the energy price comparison site, the biggest portion of most household energy bills is taken up with heating the home and hot water. Faced with soaring costs, it’s not surprising that homeowners are looking for ways to save money on keeping their houses warm. In a high proportion of UK homes the heating system consists of a boiler, most likely a gas-fired combi, and radiators. In fact, according to a study into energy use and heating costs by the European Building Automation Controls Association, around 26 million houses in the UK have this type of ‘wet’ central heating system, which is among the highest in the EU. If not already fitted, installing high-efficiency heating controls, such as TRVs and electronic room controllers, can improve the efficiency of wet systems and so reduce energy consumption.

Independent tests
The potential energy savings that can be achieved with better system control are indicated in a recent study by BEAMA, the UK trade association for energy infrastructure technologies, in conjunction with the OpenTherm Association and a number of leading manufacturers. The study involved a series of tests conducted independently at the Salford University Energy House. The first test was based around a typical installation of a 30kW combi boiler and the impact of different controls, from a standard on/off model through to more advanced products. The second repeated these tests but with a less oversized boiler (24kW) that was adjusted (range-rated) to suit the system, carefully balanced radiators to DT20 and lower flow temperature – as will be required in the Part L 2022 regulations for England – to optimise condensing efficiency.
The results showed that simply replacing a standard room thermostat with one that controls the boiler using proportional on/off load compensation can reduce the gas used by 10 per cent over the heating season. The tests also estimated that where the boiler and control were able to talk to each other through a suitable communication protocol, installing a directly modulating load or weather compensating room thermostat delivered energy savings of 12 per cent.

Load and weather compensation
The benefits of load and weather compensation, which can be a feature of some modern boilers, have been recognised in Boiler Plus standards. However, consumers don’t have to buy a brand new boiler as this energy saving function is available within some heating controls – and not just smart devices. At Danfoss we appreciate that internet-connected products may not be suitable for some users, which is why all our room thermostats, even basic models, now offer load compensation. This facility measures the gap between the temperature of the home and what the occupant wants it to be and then modulates the temperature of the boiler output so that it is just hot enough to provide the extra heat needed for optimum comfort and efficiency. This allows the boiler to operate in condensing mode for more of the time, thus saving more fuel than purely standard time and temperature control.
Most heating professionals will be familiar with weather compensation, which interacts intelligently with the boiler to provide just enough heat to keep the home warm and adjusts the temperature of the boiler output to account for changes in the weather. If the weather is cold the boiler will send warmer water to the radiators. In warmer weather, less heat is needed to keep rooms warm enough, so the boiler temperature turns down. Operating at a lower temperature makes the boiler more efficient, which saves fuel without compromising user comfort. Weather compensators can be installed as an external sensor feeding weather data back to the boiler or a digital product that uses weather data from the internet alongside other functions.

Accurate temperature control
The previously mentioned study by the European Building Automation Controls Association also found that when wet systems are configured correctly with self-regulating devices, such as TRVs that control the temperature in each room, occupants can reduce their fuel consumption and heating costs. As we know, to maximise the efficiency of a condensing boiler it is critical that the boiler operates in condensing mode most of the time. Typically, in a wet heating system with manual radiator valves the boiler will only operate in condensing mode about 5% of the time, compared with 80% if TRVs are fitted.
As part of a hydronically balanced system, TRVs will also prevent unwanted overflows, and wasted energy, through the radiators. According to some figures, this could bring up to 36% of extra savings for homeowners compared with constantly open manual valves. Additionally, TRVs are easy to install and offer an affordable solution for consumers with an estimated payback period of just two heating seasons.

Get on board
The results of recent studies into modern heating controls illustrate how these simple and cost-effective products can help UK homeowners keep their homes comfortably, and most importantly, affordably warm. As energy prices continue to climb, we therefore urge installers to actively promote these energy saving solutions to their customers.
Heating professionals who want to get hands on with the latest heating controls and tech are invited to join the 2022 Danfoss Installer Life Tour which is currently making its way around Britain. Installers can hop onto the tour bus when it comes to their area and meet the Danfoss team. Once on board they can check out new products, take part in training sessions and have fun while learning new tips and tricks of the trade. To get a list of tour dates and locations, go to https://installer.danfoss.com/uk-gb/events-and-training/ and sign up to the Newsletter.
https://www.installeronline.co.uk/take-control-of-energy-costs/